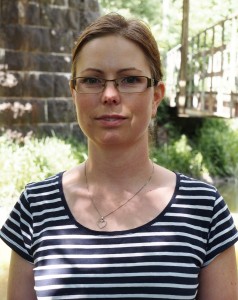 The species inhabits brooks, streams and rivers in Sweden but can also be found in the in- and outflow of lakes. It prefers a bottom with sand and gravel. The glochidia are released in “packages” taken in by the fish as a “nutrient”. Some of the larvae will then attach to the gills of the host fish. The Thick shelled river mussel is the most endangered species of the large freshwater mussels in Sweden. It is Red listed as an “Endangered” (EN). It has probably disappeared from several places of occurrence during recent years, especially from habitats in the northern part of its distribution area. The species has recently been discovered in two additional stream waters in the eastern parts of the Country. Pollution and acidification of the habitats, destroying of suitable bottom substrate and loss of host fish are the main threats to the species.

The thick shelled river mussel (Unio crassus) brings LIFE+ back to rivers project aims to improve habitat conditions and water quality in 12 rivers and in the Baltic Sea. Alongside in-river restoration measures, the strongly threatened Unio crassus has been farmed and transplanted successfully into rivers where it has become extinct. The mussel is the project symbol, acting as a pedagogue while communicating why river restoration is necessary. Thriving populations of mussels = improved water quality = increased biodiversity. Thus, the journey for a healthier Baltic Sea has begun!

The kidz will love it! Very nice booklet with very cute mussel drawings plus good text!

There are no upcoming events.